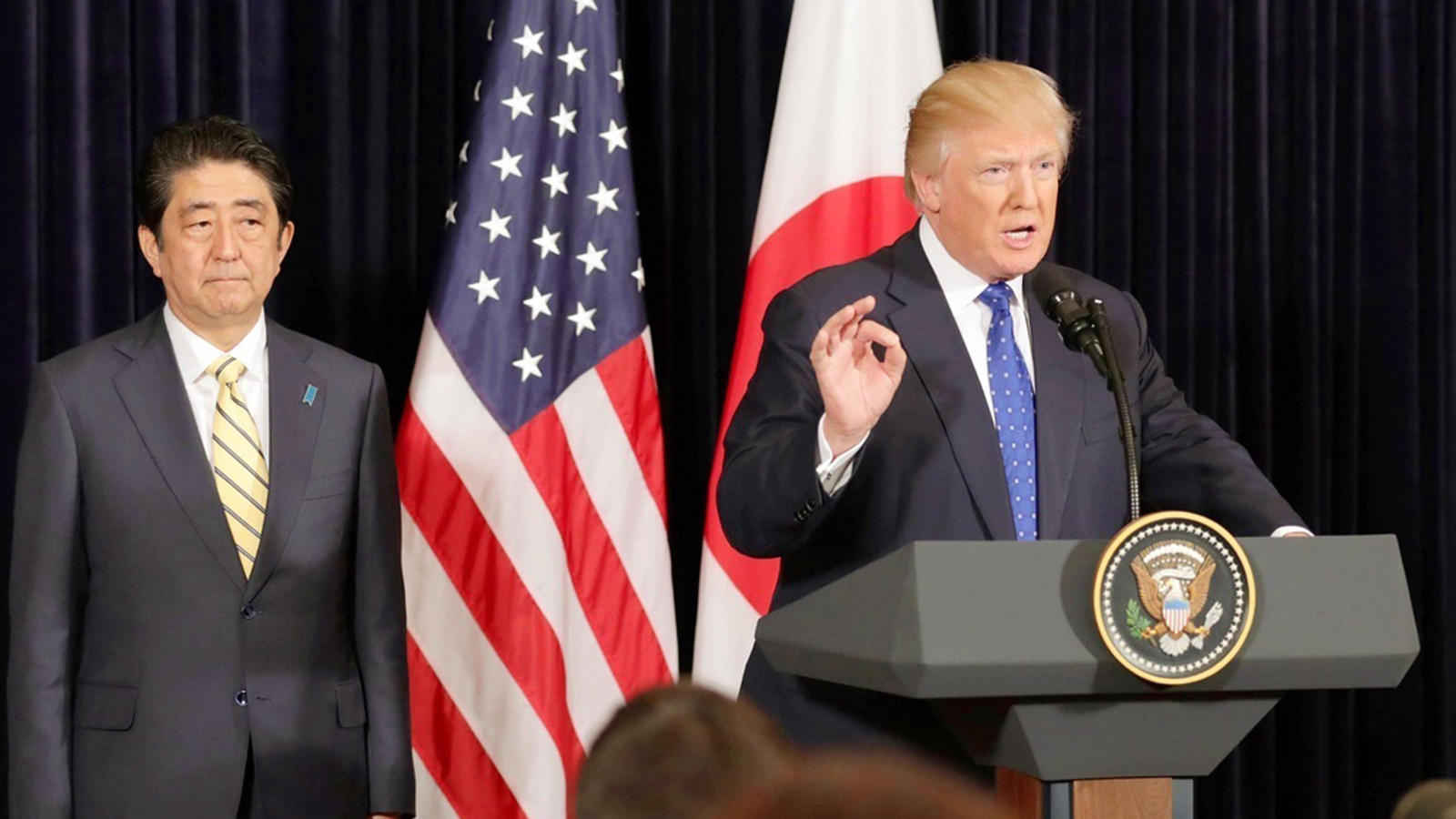 U.S.-Japan Joint SurveyViews of the Japanese and American people on the North Korean situation

Read more about the results

This survey asked the Japanese and American people about their views on solutions and effective measures regarding North Korea's nuclear missile development, as well as thoughts on possible U.S. military action, and the course of action by the U.S. and Japanese governments. The survey in Japan was conducted between Oct. 21 and Nov. 5 by a door-to-door home-visit method targeting men and women aged 18 and over. The number of valid responses was 1,000. The survey in the United States was conducted between Nov. 1 and Nov. 6 based on a random sampling method provided by a U.S. research firm using e-mail and telephone. The number of total valid responses was 2,000.

What became apparent in this survey is that while a certain number of Japanese and American people do express support for U.S. military action against North Korea, as seen in the 33 percent of Americans who support such action, they, nevertheless, see diplomacy as the best course and military action as a last resort. Furthermore, the American and Japanese people do not believe the situation on the Korean Peninsula will improve in the next few years. Such skepticism is found in the 40 percent of the American people who say North Korea should be allowed to possess nuclear weapons, and that Japan and South Korea should arm themselves with nuclear weapons. This view is contrary to what the Japanese people believe. Following are the results of the survey on the Japanese and American people's views on the North Korean crisis.

Opinion also split on military action by the United States

Asked what would be the most effective way to halt North Korea's nuclear missile development, "continued multinational diplomatic efforts by surrounding nations like the six-way talks" ranked the highest, with 36 percent of the American people selecting this answer. This is followed by 22 percent who selected "China should take more assertive action." Only 11 percent chose U.S. military action as the best choice, indicating that Americans feel military action should only be used as a last resort.

Meanwhile, the Japanese express a more pessimistic outlook, with 27.2 percent selecting "do not think there is a way to halt North Korea's nuclear missile development." This is followed by 20.6 percent who say "direct dialogue between North Korea and the United States," 16.5 percent who say "China should take more assertive action" and 15.5 percent who say "continued multinational diplomatic efforts by surrounding nations like the six-way talks." The results indicate that nearly half of the Japanese respondents are also in favor of diplomatic measures to resolve the crisis. Only 8.4 percent of the Japanese say they believe U.S. military action is the most effective measure.

In Japan, 67.4 percent say "a resolution is likely difficult," and together with the 21.9 percent who say they do not know, nearly 90 percent of the Japanese are unconvinced that some solution will be found.

The top answer among the Americans is "instability and chain of violence due to war and North Korea's collapse" (45 percent), followed by "this unstable situation will remain unchanged" (32 percent). The results show that nearly half of the American people feel that even 10 years from now, it is unlikely that the situation will be more stable and that confusion on the Korean Peninsula will continue for a long time.

Views on the nuclear armament of Japan and South Korea in the event North Korea refuses to halt its nuclear missile development program are also split between the United States and Japan. Only 12.3 percent of the Japanese are in favor of Japan arming itself with nuclear weapons, in contrast to 68.7 percent who are against it. The Japanese are equally against South Korea's nuclear armament, with only 9.3 percent in favor, while 68 percent are against it.

Views on whether the United States should bring its nuclear weapons to Japan or South Korea in the event North Korea refuses to get rid of its nuclear arms are also divided. In Japan, 50.5 percent of the Japanese people are against the United States bringing in nuclear weapons, in contrast to the 21.1 percent who are in favor, and 27.7 percent saying they are unsure. The American people, meanwhile, voiced contrasting views, with 52 percent in favor, 21 percent against and 27 percent saying they did not know.

But 20 percent of the Americans feel the situation has weakened the relationship. Pyongyang's development of intercontinental ballistic missiles that can reach the U.S. mainland, and the lack of any feasible resolution to the North Korean situation have made many Americans look inward and prioritize domestic issues, casting a shadow over U.S.-Japan relations.

However, there are 49 percent of the Americans who believe the United States should maintain its current military strength in Asia in the future. Together with the 29 percent who believe "the United States should further strengthen its military force," nearly 80 percent of the American respondents support the U.S. military presence in Asia at current or increased levels for the region's security.

In Japan, 41.8 percent feel "the United States should maintain the current level of its military presence," but 32.6 percent say they do not know, indicating that many Japanese are unable to determine the future security environment of Asia as well as the necessity of the U.S. military presence in the region.