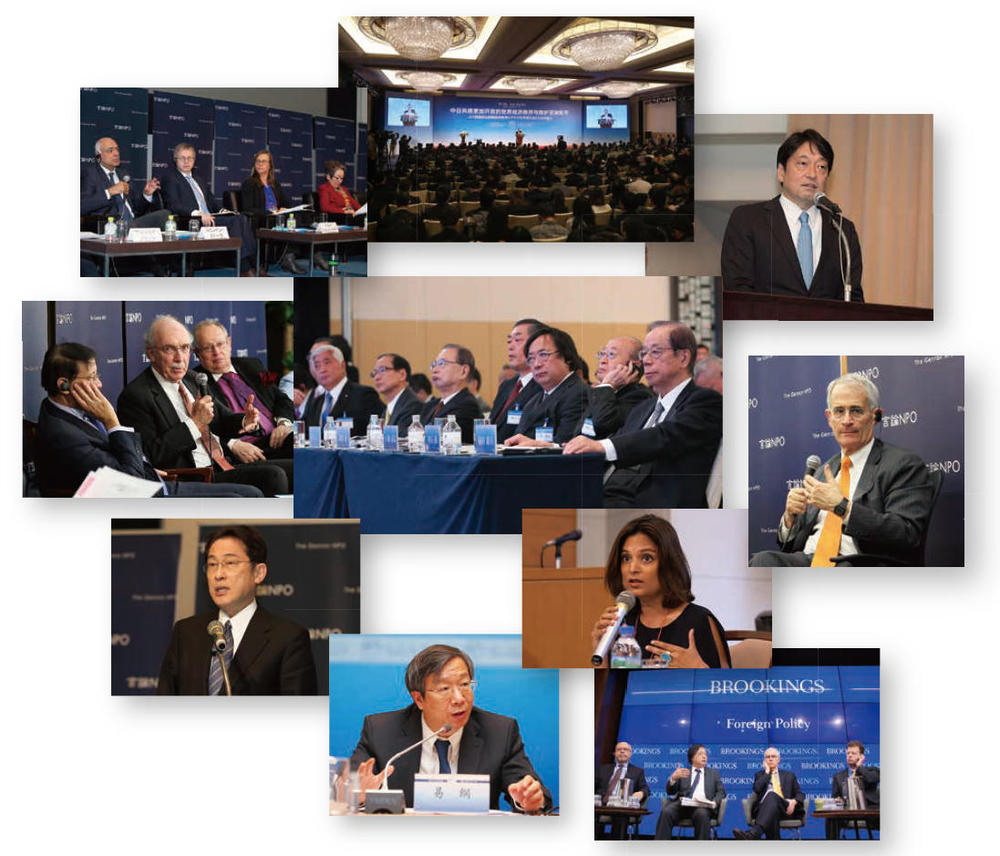 The Genron NPO is a non-profit, independent think tank based in Japan. Established in 2001 as the only venue in the country for responsible and future-oriented debate, The Genron NPO has sought to strengthen democracy in Japan, promote peace and stability in Northeast Asia, and develop solutions for pressing global issues. The institution was founded by Yasushi Kudo, the former editor-in-chief of a political journal titled "Ronso Toyo Keizai." The advisory board of The Genron NPO consists of 13 prominent Japanese leaders from various fields. The institution is representative of the Japanese intellectual network, with over 7,000 registered experts and more than 500 Japanese opinion leaders involved in its activities. The Genron NPO is a member institution of an international think tank network, the Council of Councils, since its establishment in 2012.

Strengthen Democracy with the Power of Debate

The Genron NPO is the only institution that has taken such initiative to conduct research and the evaluations of party pledges made in every general election, and evaluate each administration's performance in 12 policy areas annually to monitor their progress.

Concerned about the absence of effective inter-governmental diplomacy in Northeast Asia, The Genron NPO established the "Tokyo-Beijing Forum" as a platform for civil diplomacy amid heightened Japan-China tensions in 2005. Each year, over 3000 people attend the forum, which has served as a unique bilateral platform for substantive intra-regional discussion for the past 13 years, and the forum has been widely covered by media outlets. President Xi Jinping has acknowledged our Track 1.5/II diplomacy, calling it "non-governmental diplomacy" (民間外交).

The Genron NPO also established the "Japan-Korea Future Dialogue" in 2013, and the "Japan-U.S.-China-ROK dialogue" on Northeast Asian security and public opinion in 2015. Recognizing the importance of public attitudes towards regional affairs for the implementation of pragmatic solutions, we also conduct annual multinational opinion polls in Japan, China, and South Korea. The Japan-China public opinion poll in particular is the only periodical dataset existing that analyzes public opinion in China over the past 13 years.

The Genron NPO continuously strives to facilitate responsible domestic and international dialogue to tackle pertinent challenges facing the international community. In March 2017, we launched the "Tokyo Conference," the first discussion platform in Japan that addresses global agenda with top international think tanks representing 10 major countries. With the intention to protect common international norms such as democracy and individual freedom as the basis of international cooperation, the results of the debates at the Tokyo Conference were synthesized into a proposal that was submitted to the Japanese government and the Italian government as the 2017 G7 host.

With the aim of building more vibrant, multi-layered Japan-US relations for the two countries to take effective measures on pressing common issues and global challenges (i.e. to democracy and the international liberal order), as well as building a peaceful order in Asia, we have promoted a high-level Japan-US dialogue and the involvement of US experts in our existing dialogue mechanisms in Asia. In conjunction with these dialogues, the Genron NPO has conducted a US public opinion poll on Asian and global issues to understand American public attitudes, which is then be analyzed comparatively with the existing multinational polls in Japan, China and South Korea to inform the discussion.

How The Genron NPO was established:

In 2001, when the administration of Junichiro Koizumi came to power, "Japan's politics will not change unless we, the voters, become stronger." "There should be a venue, a not-for-profit one, for high-quality, participation-style debate, which can provide voters with the appropriate materials to enable them to select their politics and future."

With these ideas in mind, Yasushi Kudo, who was then editor of "Ronso: Toyo Keizai," a monthly opinion magazine, established The Genron NPO. He felt a sense of crisis about the conventional media's barren and detached criticism, as if they were reporting the news as bystanders." Terming the situation "media depression," he emphasized the importance of addressing the mountain of issues Japan faces at home and abroad through serious debate.

Since then, The Genron NPO has been expanding the scope of its activities, ranging from the evaluation of key domestic policies and the solution of Asian and global issues to the creation of an environment for
peace in Asia, and the reinforcement of civil society, as a network-style media and think tank organization that, unlike others, is joined by like-minded individuals.