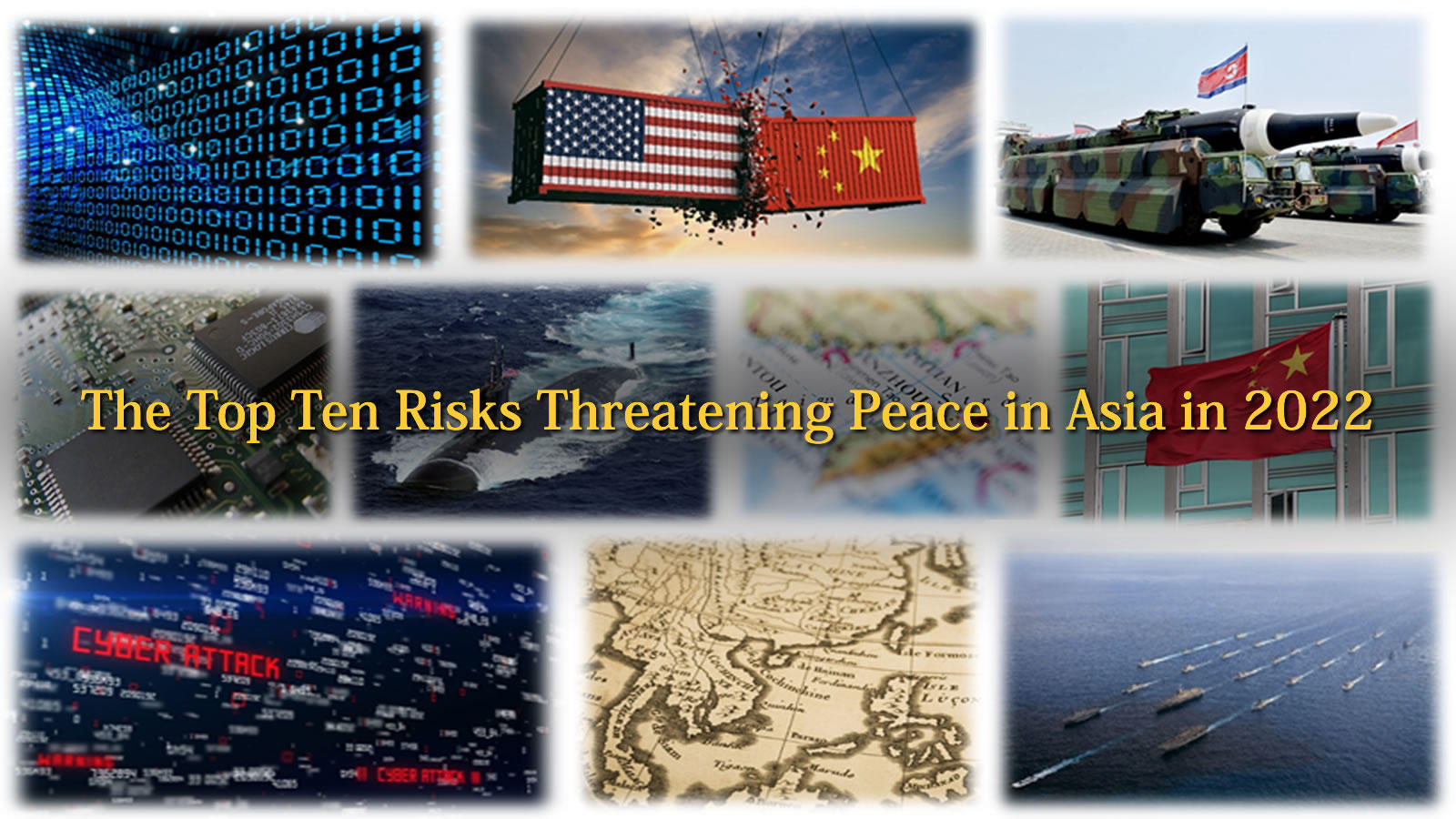 Experts from Japan, the US, China, and South Korea were asked what risks threaten peace in Northeast Asia in 2022.

The Ten Risks Threatening Peace in Northeast Asia (2022) is a survey of experts from Japan, the United States of America, China, and South Korea to analyze and compare the views of experts from four countries on most pressing security agenda in Northeast Asia. It is annually conducted by The Genron NPO (Japan) in cooperation with the Asan Institute for Policy Studies (South Korea), East Asia Institute (South Korea), the China International Publishing Group (China), Grandview Institution (China), China Foundation for International & Strategic Studies (China) and the Pacific Forum (US).

Northeast Asia is currently facing a growing number of security issues, from the increased divide between the US and China, to the Taiwan Strait issue and North Korea's continued development of nuclear-armed missiles. We aim to explore the accumulated knowledge of experts from these four countries to determine their opinions on what the greatest risks to peace and stability in the region are this year.

These evaluations were conducted between January 7 and February 17, 2022. A total of 201 experts participated in the survey, with 50 each from Japan and the US, 70 from China, and 31 from South Korea. The evaluation was based on two criteria: first, the severity of impact from a potential conflict, and second, the possibility that a risk area could actually erupt in conflict in 2022. Each was scored out of four points for a combined total of eight points, with higher scores denoting higher perceived risk. In order to build the survey, we first asked 171 Japanese experts to narrow down the number of risks facing the region to 25 items, then these items were submitted to the experts for evaluation.

The survey results showed that according to the experts the greatest threat to peace in Northeast Asia in 2022 is the deepening conflict between the US and China. A number of risks connected to the development of that conflict and the subsequent worsening of relations fell in the top ten, including the battle for digital hegemony between the US and China in 3rd, economic security and supply chain fragmentation in 6th, and conflict in the Indo-Pacific between China and the QUAD (Japan/US/Australia/India) and AUKUS (Australia/UK/US)

One notable characteristic of the survey was that risks connected to tensions surrounding Taiwan have risen in the regional risk rank for 2022, with occurrence of accidents in the Taiwan Strait in 4th place, and potential for an emergency over Taiwan in 8th place. Experts from Japan, the US, and China agreed that, of all 25 risks, the Taiwan issue would have the highest chance of destroying peace in the region, however, the chance of a conflict erupting over Taiwan in 2022 was considered low among the experts from all countries except the US, which is why those two risks ended up at 4th and 9th place. Comparing this year's top ten risks to last year's results, North Korea's possession of nuclear weapons fell from first to second place, and the two risks connected to COVID-19 both fell out of the top ten. In short, the experts from the four countries are most concerned about the worsening conflict between the US and China posing a greater threat to peace in Northeast Asia in 2022, and are very apprehensive about any subsequent economic conflict and about disputes over Taiwan. 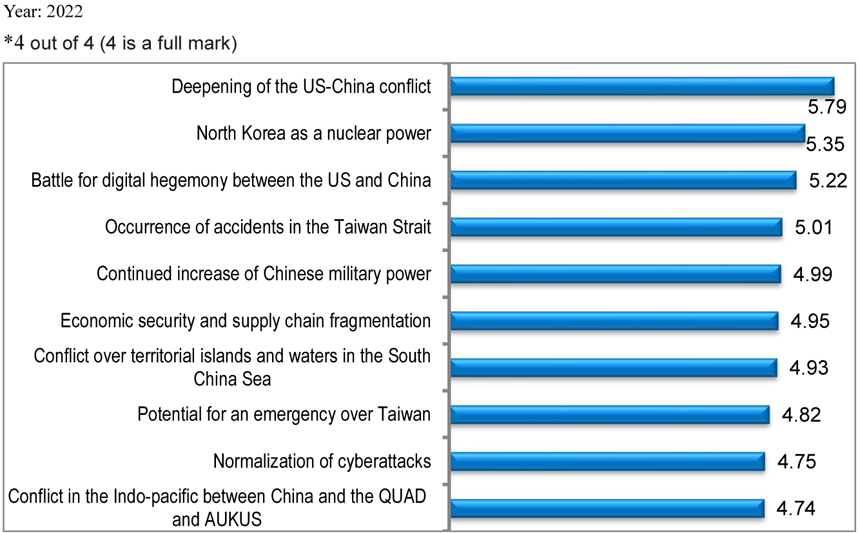 In order to take a closer look at how the experts from the four countries interpreted the risks threatening peace in Northeast Asia, we should first look at the risks through each of the two criteria. The table below describes the two criteria and explains how each was scored.

In short, the first criterion was used to evaluate how severely a risk would impact peace in the region. This therefore revealed which risks to peace in Northeast Asia we should be focusing on. The second criterion was used to evaluate the likelihood a risk would result in actual conflict in 2022. So, to begin, let us look at which risks we should be thinking about.