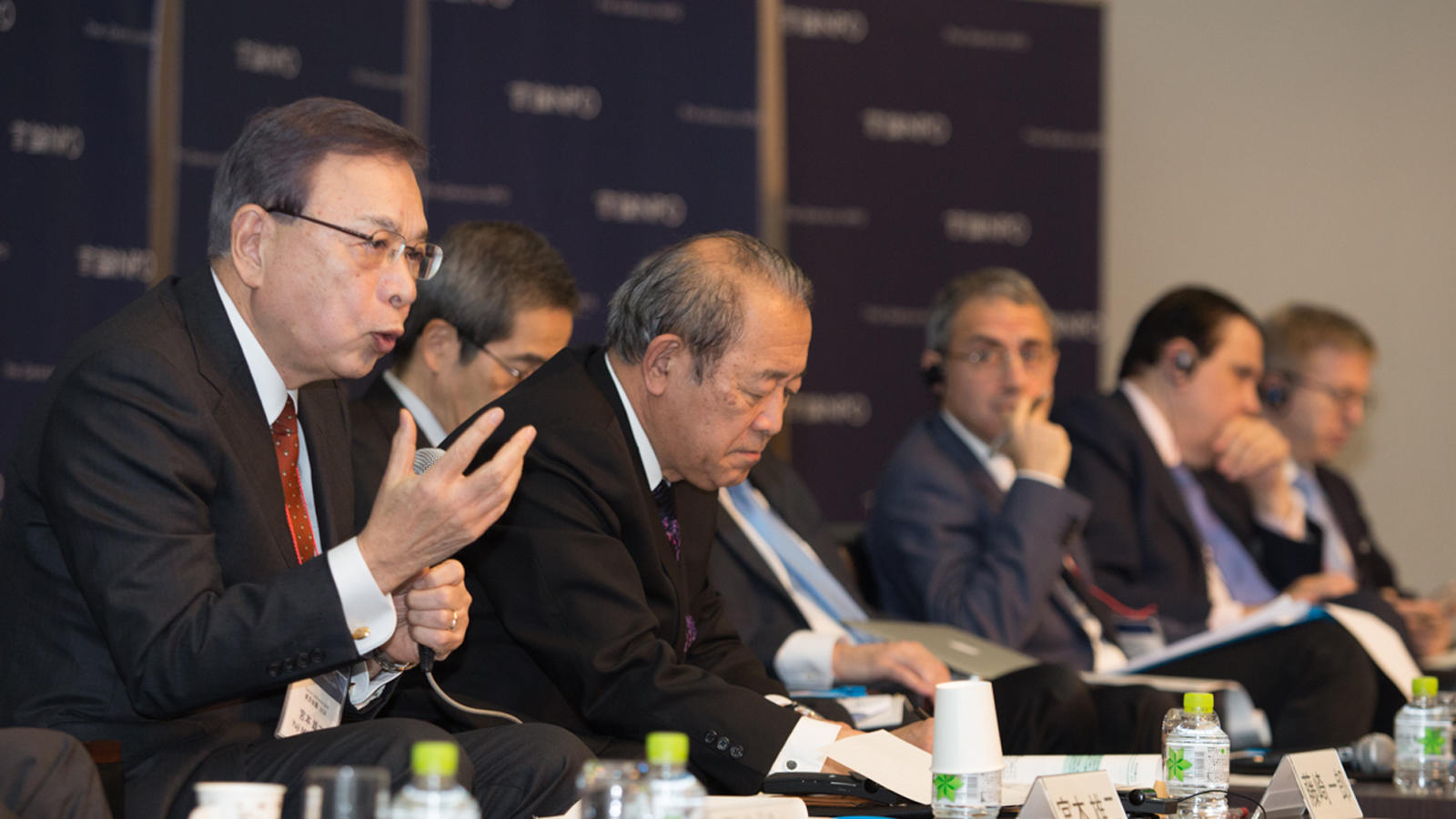 Amid major changes in the geopolitical landscape and the economic balance of power on a global scale, we are witnessing the destabilization of the international order and the deterioration of diverse global issues, including risks to the world economy. Excessive globalization is triggering numerous economic and social issues, bringing about tension in relations between globalization and nation-states, and threatening the individual freedoms that are the very basis of liberal democracies.

In advanced countries, populist moves are spreading and political leaders overtly call for protectionist and exclusionist policies. In such circumstances, how should the G-7 member countries, which have been sharing the common values of democracy, liberty and equality, address these challenges? And what should developing countries do?

The aim of the Tokyo Conference is to have the representatives of the leading think tanks in 10 major countries conduct dialogue on diverse issues facing the world today in an open forum in Tokyo, and to forward what will be agreed or what will be discussed at the forum to the government of Italy, the chair of this year's G-7 Summit, and the government of Japan as a message to the G-7 leaders.

At the same time, the contents of the discussions at the forum will be broadly delivered to civil society in Japan so as to generate debates among the public leading to the solution of problems, at home and abroad. Furthermore, we aim to create a multi-layered venue for public debate in Japan by bringing together diverse discussions on how to address global issues. With an international forum of its kind being organized in Tokyo, it is expected that Japan's opinions will be heard globally and that Japan's proactive contribution to the solution of issues facing the world will be shown more tangibly to international society.

In 2017, the world witnessed the advocacy of U.S. President Donald Trump's "America First" policy and the resultant U.S. negative attitude toward multilateral cooperation, thereby causing a rift among Group of Seven and Group of 20 nations regarding international cooperation. The G-7 and G-20 somehow managed to maintain unity, at least on the surface, but the U.S. withdrew from the Paris Agreement on climate change and the Trans-Pacific Partnership (TPP). Washington's influence on solving global issues and enhancing global governance was visibly declining.

To counter these alarming developments, efforts began to restore the damaged global order, including various attempts to reinforce multilateral cooperation, such as the conclusion of the Japan-EU Economic Partnership Agreement (EPA) and TPP-11, involving 11 nations, but not the U.S. Yet, anxiety mounted over the future of the liberal world order.

On the other hand, as seen at the 19th National Congress of the Communist Party of China in October last year, Beijing is showing interest and a willingness to take a greater role in global governance, and is putting forth various multilateral projects, including the "One Belt, One Road" initiative. Given the decline of U.S. interest in global governance and its comparative status in the world, coupled with China's overtures, the future of the global order based on the rules and norms we pursue is being questioned.

At the same time, the destabilization of democracy is becoming tangible not only in emerging democracies but also in advanced democracies, due to increasing economic inequalities caused by globalization and the resultant surge of populist forces that takes advantage of growing middle-class frustrations over domestic affairs.

And North Korea's nuclear development poses one of the greatest threats to the world.

Under such circumstances, the Tokyo Conference 2018 aims to address the pressing issues and work out policy proposals directed to this year's G-7 Summit in Charlevoix, Quebec, from the standpoint of fostering and protecting democracy, and individual freedoms as norms for the international order.

Panelists and Speakers of Closed Sessions and Public Forum