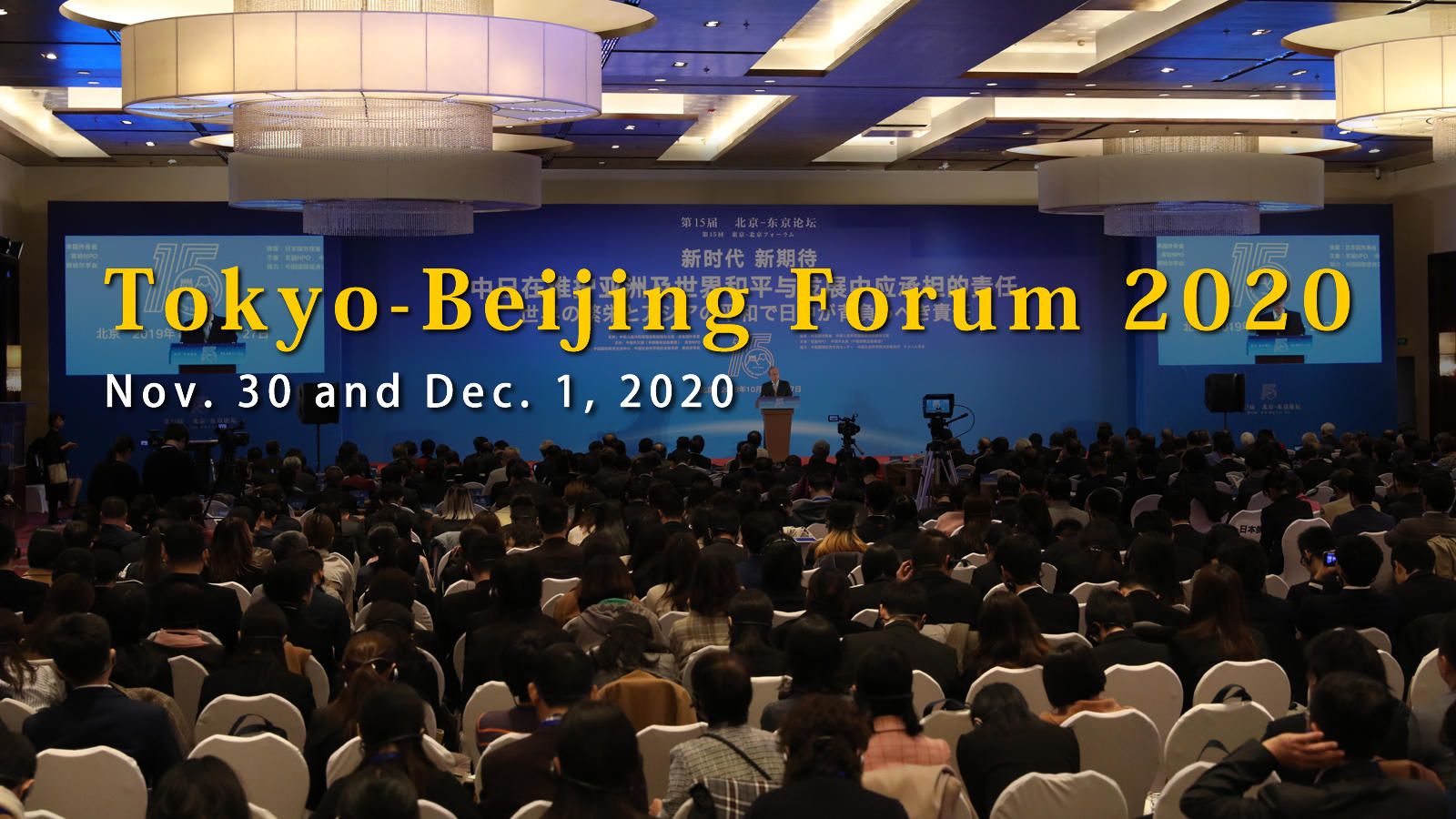 The Tokyo-Beijing Forum 2020
VIDEO: The Post-COVID International Order: What roles for Japan and China?

The world has been suffering from the COVID-19 outbreak while the US-China rivalry and unilateralism has casted a shadow over international cooperation on our pressing global agendas. The unstable world order has impacted the peace, security and economic prosperity in Northeast Asia.

In this historically crucial moment, the Tokyo-Beijing Forum 2020 was hosted by The Genron NPO and attended by nearly hundred high-profile speakers from both countries on November 30 and December 1. During the two-day event, guests from political, business, academic, public health and media circles of Japan and China discussed a range of issues both in-person and online. Topics included bilateral relations, epidemic prevention and control, economic and trade cooperation, digital technology, and regional peace and security, and bilateral diplomatic relations.

State Councilor and Foreign Minister Wang Yi addressed the opening remark. Japanese Foreign Minister Motegi Toshimitsu also sent a message to the forum. In addition to the plenary session, the forum had six breakout sessions on pressing issues and interests.

The discussions will be livestreamed on YouTube. If you would like to watch, please visit links below in scheduled time.

Check out our videos from this year's inspiring speakers at our high-level meetings of the Tokyo-Beijing Forum 2020.

Breakout session #3: The Future of Digital Technology and Japan-China Cooperation

When Japan-China relations were at their worst in 2005, The Genron NPO launched the "Tokyo-Beijing Forum" as a bilateral track II dialogue. This forum has met once a year even amid various difficulties in Japan-China relations for 13 years. The debates at the forum have been broadly reported by many media of both countries, and the forum has developed into an all-important, influential venue for track II dialogue in Japan and China.

In 2006, Shinzo Abe emphasized in an address the importance of Japan-China relations in this forum. Two months later, he made a surprise visit to Beijing as prime minister of Japan for the summit, and the bilateral relationship had significantly improved. In 2013, despite the increasing tension over territory, the 9th "Tokyo-Beijing Forum" adopted a "No-War Pledge," exemplifying the firm determination of Japan and China to solve issues under whatever conditions through dialogue.