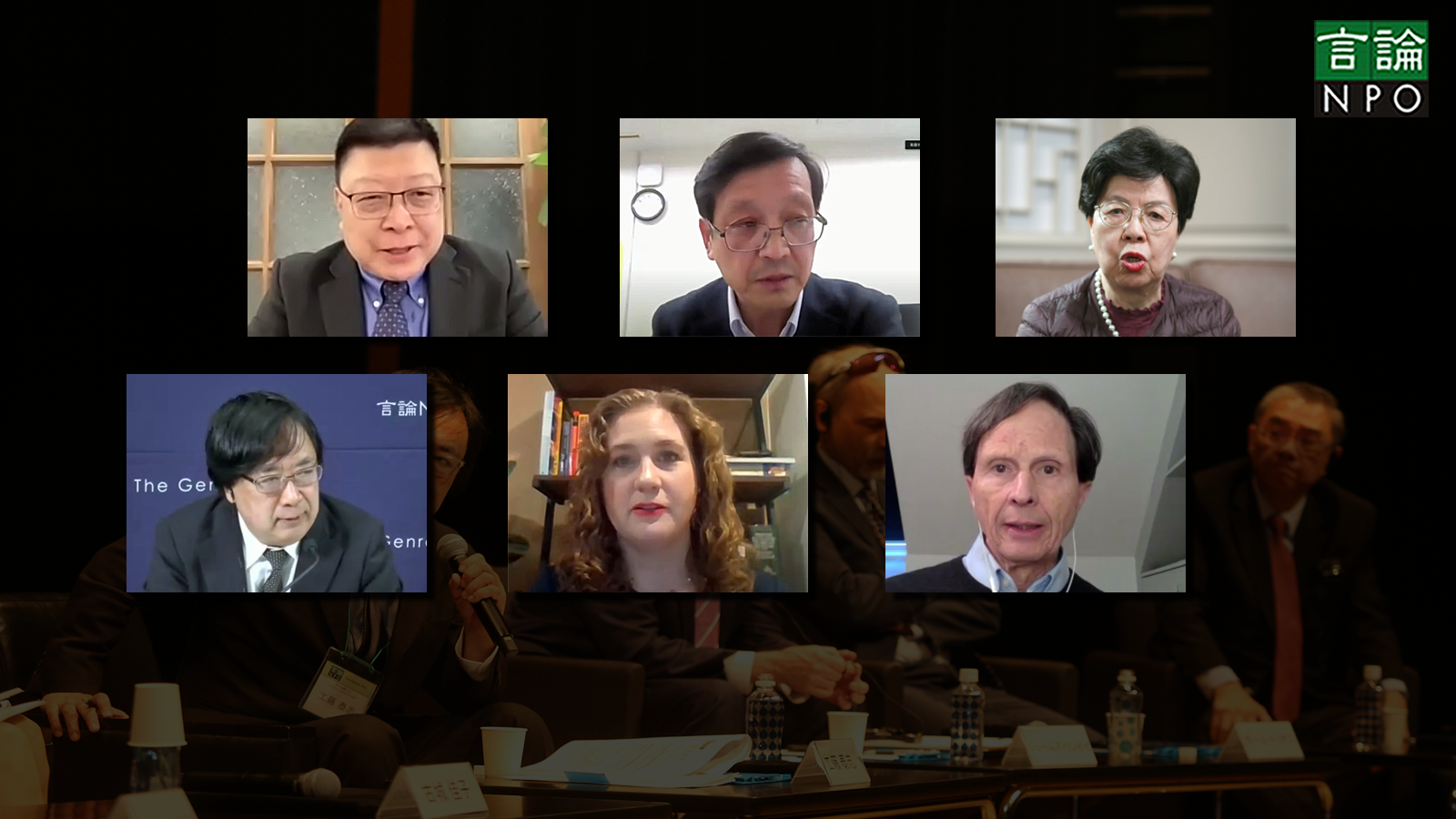 Not too late to harness COVID-19 to rebuild global solidarity

The theme for the COVID-19 session of Tokyo Conference 2021 revolved around the mistakes the world has made in responding to the COVID-19 crisis, a crisis faced by all of humanity that has no end in sight. Four infectious disease experts based in Japan, the US, the UK, and China joined Genron NPO President Yasushi Kudo for the discussion.

First, the panelists expressed their views that each country handled its own response to the coronavirus independently, and there was no sense of global solidarity. Some had harsh words for the World Health Organization (WHO), which was seen as having failed to fulfill its duties, despite it being asked to play a role in gathering information, sharing lessons learned in each country, and coordinating more effective implementation of countermeasures.

In addition, it was noted that countries learned little from the SARS epidemic of 2003, as they were responsible for building systems and improving functionality to better respond to the spread of an infectious disease but many countries put in no effort to do so. That is why the corona pandemic has hit the world so hard; it struck at the fragile heart of the global health infrastructure. Domestic efforts were also judged to be lacking, with political leaders in advanced democracies underestimating the threat of infectious disease, and relying too much on travel restrictions and not spending enough time thinking about stronger domestic infrastructure and how to control the spread of infection. Medical health system infrastructure was also judged as inadequate, with insufficient numbers of beds, doctors, nurses, lab technicians, and other specialists available.

It was noted that infectious diseases pose a threat to humanity as a whole, and international cooperation is the only means of fighting them. That is why solidarity among nations is necessary, and it is not too late to begin. Panelists argued that each country should not only fulfill its obligation to protect its own citizens, but should also meet its international obligations. They called for the support of COVAX around the world, and emphasized the need to better respond with a mechanism that will ensure the equal distribution of vaccines, future therapeutic medicines, and diagnostic drugs in the future.

Finally, it was suggested that in order to improve how WHO performs, it will be necessary to implement reforms that will eliminate political influence within the organization. One opinion was that the best way to deal with infectious diseases would be to enhance capacity within each country to meet International Health Regulations standards, and thereby build more tenacious healthy systems less likely to collapse under the strain.