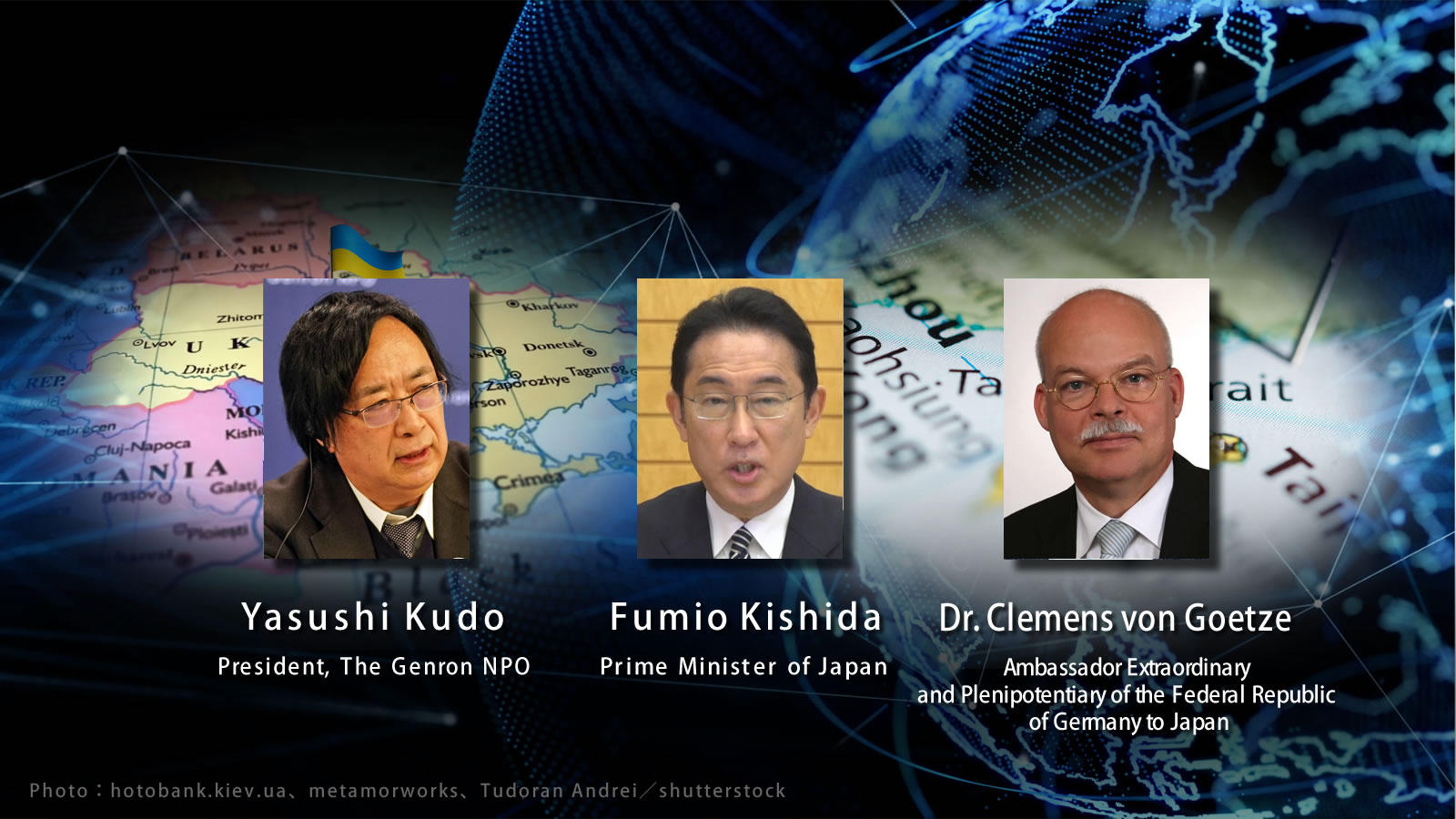 Finding the resolve to protect the foundations of the international order

The Genron NPO held its Tokyo Conference 2022 online on March 14 this year.

While the conference was underway, Russia's military campaign in Ukraine was seeing intensified fighting in the area around the capital of Kyiv. Representatives from think tanks in ten countries discussed what should be done to counter the Russian invasion, and what efforts are needed to revive the international order.

Before the discussions began, Yasushi Kudo, President of The Genron NPO, took the podium to open the conference.

The challenge facing Tokyo Conference 2022: With the international order in a state of crisis, what must be done to save the future?

Kudo greeted the conference by expressing his concern about their being little hope for a ceasefire and end to hostilities in Ukraine any time soon, as casualties continue to rise.

"This situation has made it even clearer to many around the world that the international order is in critical condition, and they are now asking what needs to be done to rebuild it," he began.

"A tyrannical government is deceiving its people and flagrantly taking the lives of citizens of another nation. This sort of unilateral military invasion is a total violation of the respect for territorial integrity and sovereignty that is an integral part of the Charter of the United Nations, and neither the United Nations nor the countries of the world are taking any direct action to stop Russia."

Kudo reminded participants that the world is fragmenting at an increasingly accelerated pace due to issues like the deepening conflict between the US and China, and then posed the questions around which a significant part of the discussion at Tokyo Conference 2022 would take place. What can the world do about a crisis begun by a single dictator? And what efforts must be taken to protect the world for future generations?

As solidarity and sympathy spreads, now is the time to look to the United Nations

Kudo noted that two aspects of the world's reaction to the invasion of Ukraine have drawn his attention.

"First is the global sympathy being expressed for the Ukrainian citizens risking their lives to protect their country and their families. In contrast, anger is rising around the world towards the continued lies of the Russian leadership in the face of blatant reality of the atrocities being committed," he said.

He explained that this is changing global public opinion and creating a circle of solidarity that has led to unprecedented sanctions against Russia.

"This may be a somewhat optimistic perspective, but we may be witnessing a historic change on a global level ? the end of a tyranny that has lost the sympathy of the people of the world."

The second aspect involves the fact that neither the US nor NATO have been able to dispatch forces to Ukraine, Kudo explained.

"Who will protect the peace and stability of the international community?" he asked. "When a country attacks the sovereignty and territorial integrity of another country, and particularly when the attacking country is a nuclear power and a permanent member of the Security Council, who is able to stop it? The world is made up of various alliances, and we have no choice but expect the protection of the nuclear umbrella, but is this really the future we want for the world? Because of this, the entire reason for the existence of the UN is being questioned."

Kudo added that while it is true that there are many things the UN is unable to do, it is not completely restricted in its actions.

"During the Suez Crisis, the UN established the United Nations Emergency Force and dispatched it to Egypt. A similar emergency force could be established by the General Assembly to monitor humanitarian corridors in Ukraine to allow civilians escape," he suggested. It is concerning to Kudo that no one is proposing such actions even with the sympathy and increased sense of solidarity the world has for the Ukrainian people.

In conclusion, Kudo emphasized that the world stands at a historic crossroads.

"How do we end the invasion of Ukraine?" he asked the participants. "How do manage a crisis of similar concern the next time one arises in Asia? And what needs to be done in order to revitalize the international order?"

With these words, Kudo declared Tokyo Conference 2022 open and played a video message provided by Japanese Prime Minister Fumio Kishida, who has participated in the discussions at the Tokyo Conference ever since it launched in 2017. 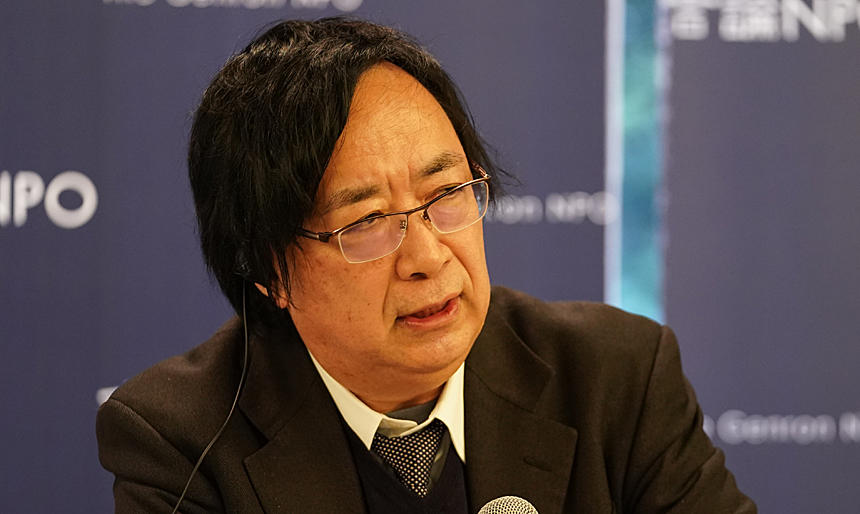 Prime Minister Kishida explained that the world stands at a historic juncture and must ask itself if it is capable of overcoming this crisis to protect the foundations of the international order by uniting together and standing firm. He continued by noting the close cooperation being undertaken by the G7 and the UN in dealing with the situation. He also described the unprecedented sanctions on Russia being enacted by various countries ? and the support for Ukraine ? and stated that Japan is following suit by taking extraordinary measures that include the provision of equipment to countries under military attack.

"In this way, Russia's aggression towards Ukraine is already on the verge of dramatically transforming aspects of the international community," Prime Minister Kishida said.

Prime Minister Kishida continued by touching upon future Japanese diplomacy and security perspectives. With the security environment deteriorating due to the actions of China and North Korea, "We cannot accept such unilateral changes to the status quo by force or coercion in the Indo-Pacific region, and particularly not in East Asia."

"In view of Russia's aggression towards Ukraine, after examining the situation in a purely practical way, we must revise our National Security Strategy and fundamentally reinforce Japan's own defense capacities," he explained. "In addition, it is absolutely imperative that we further enhance the deterrence and response capabilities of the Japan-U.S. Alliance, which is the foundation of Japan's diplomacy and security as well as the cornerstone of peace and prosperity in the Indo-Pacific region."

Prime Minister Kishida turned to the subject of universal values.

"And now, more than ever, as we find ourselves in the midst of a serious crisis, we should uphold and reinforce democracy and other universal values and also multilateralism, which are the wisdom of humankind cultivated by our forebears over years upon years of effort," he said, then referred to a point he made five years ago at the Tokyo Conference.

"I stated that a compass within foreign policy is essential during unpredictable times, and that compass is our freedom, democracy, and other fundamental values. Now, at this critical moment when the international order might collapse from its foundations, I have become even more assured of that conviction."

He also pointed out that the "new capitalism" that he is promoting is an effort to resolve these problems by "squarely address(ing) the issue of how to protect the middle class, which is the basis for sound democracy."

Furthermore, Prime Minister Kishida stated his belief in the importance of Japan strengthening its ties with other countries that share "these universal values." It will be essential to engage in strategic efforts, particularly in the Indo-Pacific.

"Our choices and our actions now will determine the trend of the future international order. As we move towards that major turning point in eras, we must unite in resolutely countering unilateral changes to the status quo by force or coercion," he said, then concluded by expressing Japan's solidarity with the people of Ukraine.

Next to speak was Clemens von Goetze, German Ambassador to Japan, who provided a perspective from the point of view of the country holding the Presidency of this year's G7. 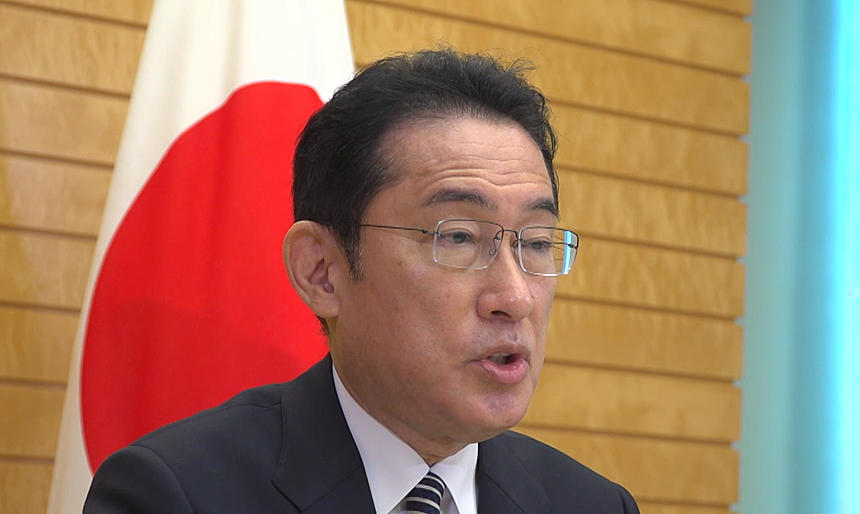 Putin has forced a new reality on the world; democracies need to protect the order through word and action

"The dramatic return of war to Europe with horrible human losses, the mass displacement of innocent civilians and heavy economic consequences directly affects our peoples and our countries. We are facing elementary threats to our own security that we hoped to have banished after the end of the Cold War," he said.

What is more, he explained, is that the aggressor in this case is one of the permanent members of the UN Security Council, which claimed that seat because of their contributions to bringing World War II to an end. He described how Russia's recent actions have increased the threat worldwide.

that we have seen rising over the last years, not only in Europe, but also in Asia and in other parts of the world. As our Foreign Minister said in her speech at the Emergency Special Session of the UN General Assembly on Ukraine: Today, we face a new reality that none of us chose. It is a reality that President Putin has forced upon us."

Ambassador Goetze said that the international order that has guaranteed peace and prosperity for decades is no longer accepted by all, and he stressed that the democratic nations that helped build it now must defend it in both word and action.

Ambassador Goetze continued by describing how the European Union and its partners have been unified in responding to the situation, adding, "The coherence among G7 countries has been and continues to be extremely close, with daily coordination on positions and actions to take. We very much appreciate Japan's role in this."

He explained how his own country of Germany has promised 1,000 anti-tank weapons, and 500 Stinger anti-aircraft weapons to the defenders of Ukraine, which is a drastic change from its post-World War II policy of avoiding the export of weapons to conflict regions. He explained that Germany's policy is changing in other ways in response to the situation with Russia.

"We are going to invest massively in our own defense, with the creation of a fund of 100 billion euros, and the pledge to spend more than 2 percent of our GDP annually on defense in the future. Germany has had particularly intense economic relations with Russia for decades. We have a lot to lose, but we are willing to pay the price," he declared.

The efforts of citizens and governments are both important ? Climate change, pandemics, and other issues must not be laid aside, even during wartime

Ambassador Goetze wrapped up his address by arguing for the importance of citizen-based diplomatic efforts.

"The rules-based international order cannot be upheld by governments and parliaments alone. Since our democratic values, our basic human rights, our security, our prosperity, our freedom and our way of life are in danger, it is a task for the whole society, for all of us," he said. "That is why we have to address the public and counter the false propaganda and the lies of the aggressors. Institutions like Genron NPO under your leadership, Mr. Kudo, create an invaluable space for open and rational dialogue based on facts. Let me express my appreciation for your endeavor in general and the organization of today's Tokyo Conference in particular."

He emphasized that he remains hopeful about the response to Russia, stating that if Putin had calculated that his actions would divide the rest of the world, it would seem that he was mistaken. But he added that the world has the responsibility to stay on the path it has taken so far.

Before concluding, Ambassador Goetze reminded the conference that while the Ukraine issue is holding the world's attention, the world must continue to work on other issues as well.

"The dramatic situation in Ukraine is rightfully at the forefront of our discussions. But we have to remain aware that we will only be able to offer the next generations a safe and livable place on this planet if we also tackle other huge challenges, such as climate change and pandemics. That is why the original themes of the German G7 Presidency still deserve intense attention," he said.

With the conclusion of Ambassador Goetze's remarks, the discussion for the first session of Tokyo Conference 2022 began: how should the world deal with Russia's aggression? 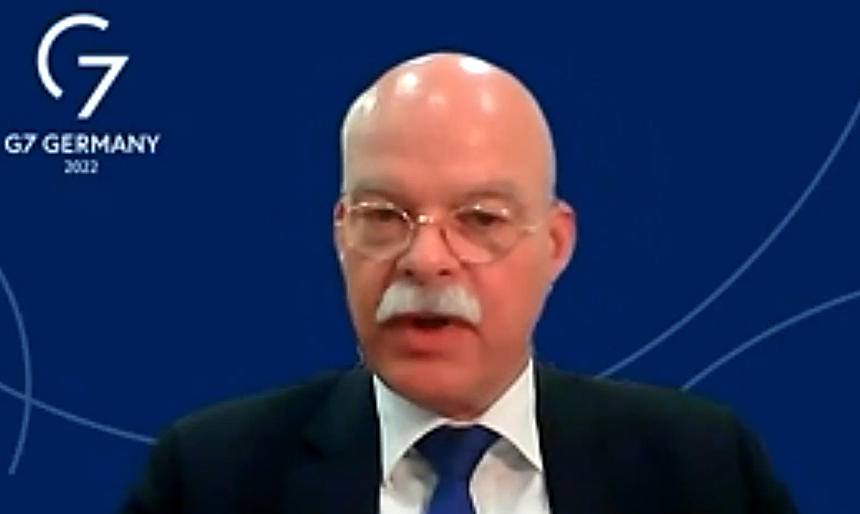