Genron NPO Representative Yasushi Kudo recently interviewed Kazuo Ogoura, a political science professor at Aoyama Gakuin University, who is concurrently president of the Japan Foundation. He has served as Japanese ambassador to Vietnam, South Korea and France. The following are excerpts of his remarks from the interview, which was aired on Dec. 8 during Kudo's weekly commentary radio program, 'ON THE WAY Journal.' 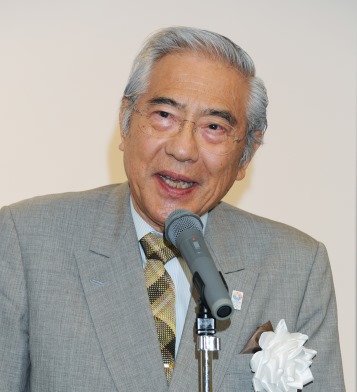 A lack of trust in existing systems or organizations is prevailing around the world, centering on advanced countries. But here is a question: Who created such a situation? The answer is: Us, the voters. It is us who ballot for particular political parties or governments in elections. And why can't we voice out disagreement to our governments about their representation in any international organizations? On reflection, public distrust in organizations or systems is tantamount to self-distrust.

In sum, this is a question of self-responsibility. Indeed, political parties are responsible for bad politics, but it may translate into a lack of political awareness on the part of citizens.

If such should be the case, the question is how to narrow that gap. We have only one answer. That is, to directly engage ourselves in civic movements and build up the civil society. By doing so, we should have our voices echoed in society in a different way from conventional and established ones. The more public anger at existing systems and organizations builds up, the more crucial the role of civil society.

Take the "tea party" movement in the United States for instance. It'd be wrong to simply underestimate it as a backlash against the Obama administration or an indication of the return to conservatism in U.S. politics. Lying deep in such a movement is the U.S. public's distrust in established political parties of both the Democrats and the Republicans.

One major hurdle in building up the civil society for Japanese citizens is the scarcity of room for public assembly. In the West, people gather at churches. In the Muslim world, people gather at mosques. In Japan, however, there are fewer places or occasions for the people to gather under the banner of any creed than in many other countries, except during seasonal festivals. It is quite likely to happen that the availability of venues for social assembly would trigger the generation of various civic movements.

One possibility is that universities could serve as a forum for public assembly and debate on any given issue, such as the issue of school absenteeism, the pros-and-cons of a school uniform for elementary school students, etc., in an issue-oriented approach. What is important is to provide a venue or an occasion for discussion. Other than universities, newspapers, political parties or local governments should contribute to the growth of Japan's civil society. Through an accumulation of such fora, citizens would begin to feel the significance of their role as significant stakeholders in the making of contemporary Japan. I believe that everyone has that desire deep down.

To put it differently, now is the chance. Ordinarily, citizens could have just stayed in their comfort zones, with a stable job and steady income. Apparently that is not the case today. We can turn a blessing into disguise. Growing distrust in existing systems and organizations should be taken as a golden opportunity for the facilitation of civil society.