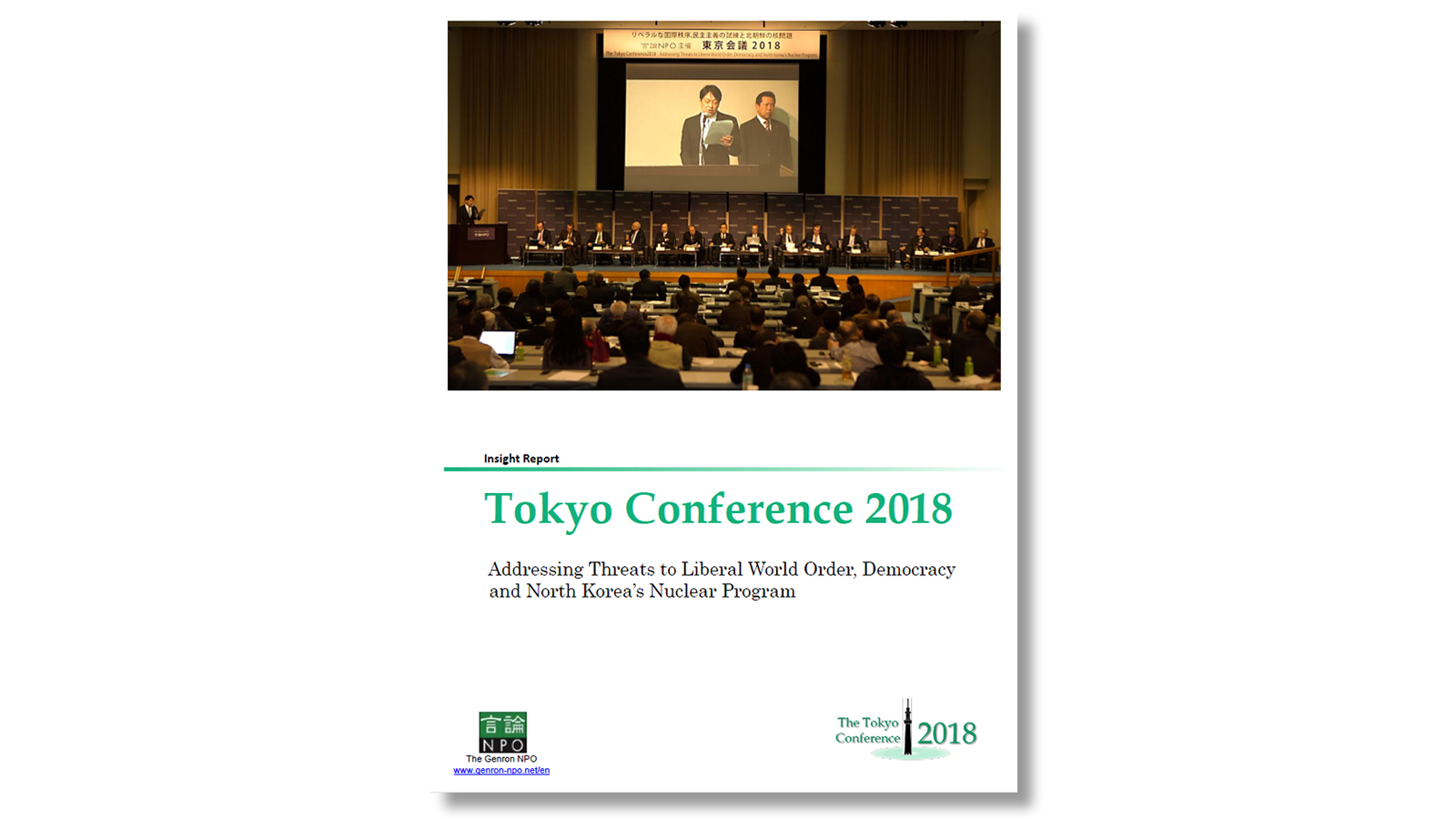 The Tokyo Conference - a discussion platform on diverse global issues

The shared values that have sustained the development of the world since the end of World War II, such as individual freedom and multilateralism, are being threatened, and the liberal world order is growing increasingly unstable, making it difficult to predict where we are headed.

In addition, the rapid progress of globalization, and its accompanying expansion of the gap between rich and poor, is creating problems of job instability and exclusionism against a backdrop of inflows of refugees in many advanced countries. In such circumstances, we are witnessing a surge of populist political forces that takes advantage of growing public frustrations in many countries, where the validity of democracy itself is being questioned.

The Genron NPO has called on the world's leading think tanks to participate in the "Tokyo Conference" so that we can join forces in working to overcome the crisis of the liberal international order and democracy. Moreover, we thought that Japan should exercise leadership, and broadly transmit the discussions and the achievements of the conference to the rest of the world.

In March last year, representatives of the leading think tanks from the countries that comprise the Group of Seven - the United States, Canada, France, Germany, Italy, Japan and the United Kingdom - as well as India, Brazil and Indonesia, all of which share the common values of individual freedom and democracy, gathered in Tokyo to launch the Tokyo Conference. Their discussions resulted in the drafting of a joint five-point message that was delivered to the government of Italy, which chaired the G-7 Summit in May 2017. The representatives of the world's leading think tanks responded to The Genron NPO's invitation and gathered in Tokyo because all of us shared the sense of crisis over various global issues that together are causing worldwide instability.

As we open the Tokyo Conference 2018, we must again confront the problems of the international order and democracy. One year has passed since the inauguration of Donald Trump as president of the United States, and his administration continues to advocate American unilateralism, creating schisms in international cooperation whose foundation is multinationalism. The G-7 and the G-20 are barely managing to maintain a semblance of unity, but the U.S.-triggered tit-for-tat import restrictions have the potential to provoke a full-fledged trade war.

While the United States is overtly losing interest in addressing global issues, an emerging China is showing a willingness to promote a free-trade system and multilateral cooperation. However, there are concerns about the expansion of China's global influence under an authoritarian Beijing regime. Given these factors, it is imperative for us to engage in serious discussions about the future of the world order based on multilateralism and freedom, and under desired rules.

And we are facing another serious crisis, North Korea's nuclear weapons' development. The North Korean problem is one of the greatest threats to the world as a whole and the peace of Asia stands at a critical juncture.

Against such a backdrop, we have set the agenda for the Tokyo Conference 2018 as "the destabilizing international order and the future of the liberal world order," and "the problems posed by North Korea's nuclear development." Representatives of the world's 10 leading think tanks are gathering in Tokyo to discuss two pressing and difficult subjects. For this year's conference, we have invited panelists from China and South Korea as observers. The results of the discussions at the conference are scheduled to be submitted to the government of Canada, the chair state of this year's G-7 Summit in June.