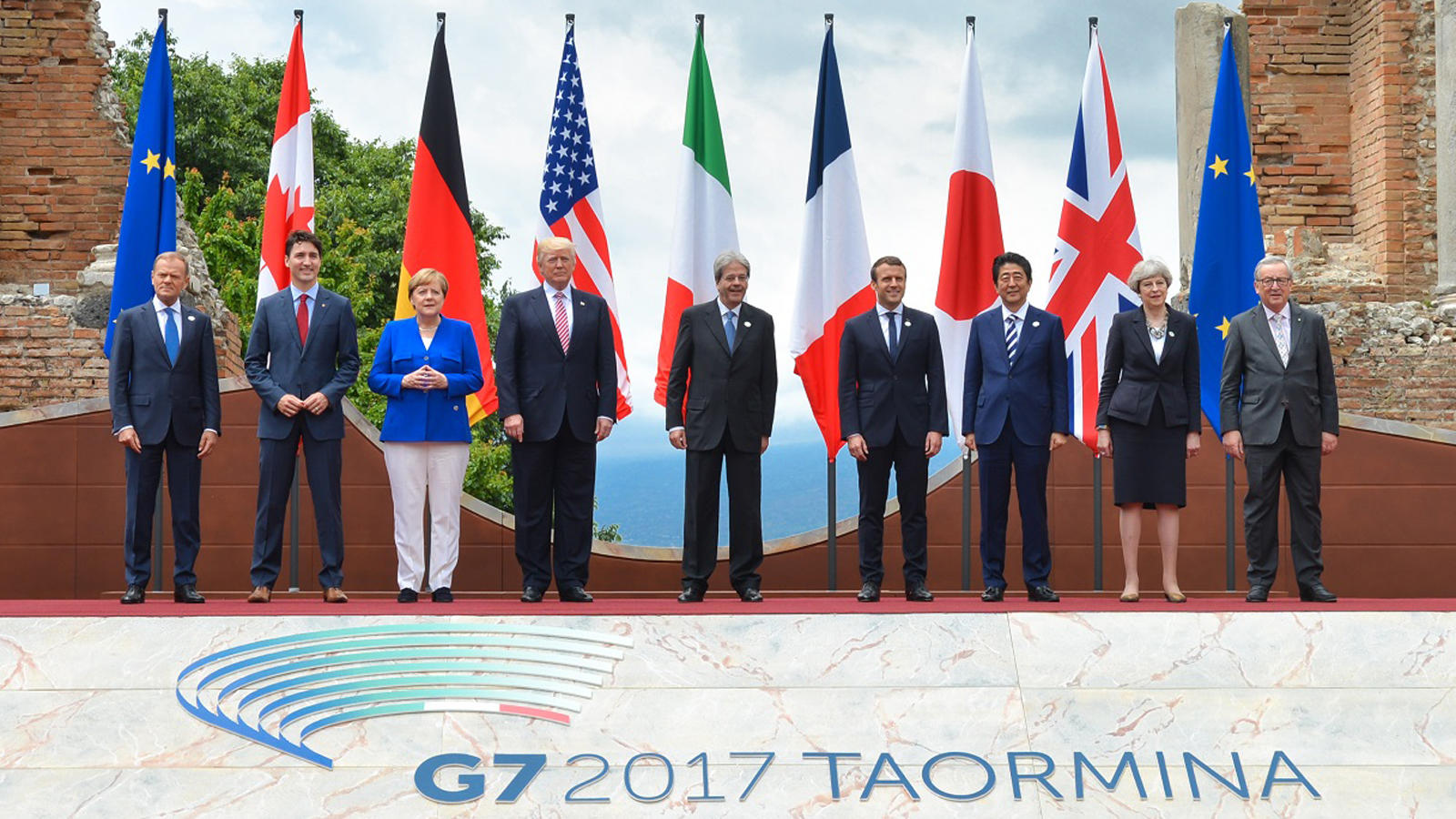 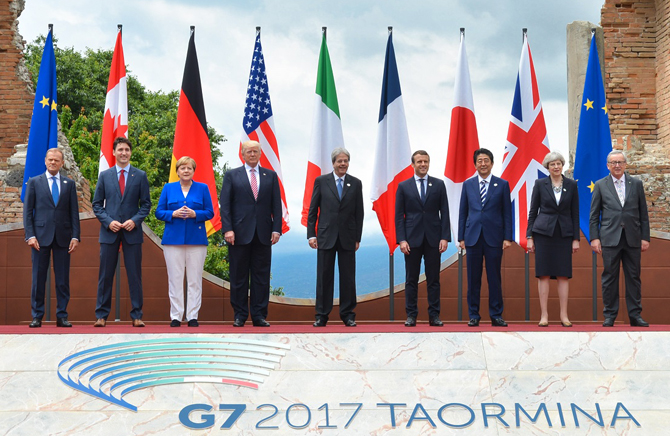 The latest leaders' meeting of the Group of Seven major economies held in Italy in May is likely to pave the way toward moves to address global issues from the point of view of ordinary people, according to noted Japanese researchers.

The evaluation of the summit, held in Taormina, Sicily, from May 26 to 27, was the main topic at a three-way debate organized by the Japanese independent think tank The Genron NPO.

Although the G-7 leaders were able to maintain a common stance on handling such global issues as national security, North Korea's nuclear ambitions and anti-terrorist measures, a unified front on all issues eluded them, Genron NPO President Yasushi Kudo noted as moderator of the debate.

Despite earlier fears that the G-7 meeting this year would make progress on few, if any, issues because of the U.S. president's participation, the world leaders were able to voice their opinions frankly beyond the usually scripted discussions, and as a result, a communique adopted at the end of the summit "proved to be unique," Yamasaki said.

Tadokoro recalled that President Trump attended a leaders' meeting of the North Atlantic Treaty Organization, NATO, in Brussels just before the G-7 summit, where he criticized what he sees as insufficient financial contributions to the NATO budget by its member countries.

"We cannot say that the G-7 meeting was an occasion that externally demonstrates the unity of NATO countries, but the leaders did issue a message to other nations that the G-7 countries are bound together more closely than ever," Tadokoro said.

President Trump's presence at the summit in Italy shed light on the view that because not everyone benefits equally from globalization, free trade and technological innovation, divisions between countries and peoples widen, noted Jitsu.

Kudo asked the three speakers to discuss the president's tendency of giving weight to bilateral approaches rather than multilateral schemes for addressing global issues.

Because the president is skeptical of the effectiveness of the World Trade Organization, it is feared that its work will be adversely affected, Jitsu said.

Trump's character helped dramatically change the atmosphere at the G-7 summit, but a precise look at his behavior in the past six months or so, including his decision to pull out of the Trans-Pacific Partnership free-trade initiative, indicates that the president is trying to restructure, for example, the North American Free Trade Agreement while introducing high-quality trade rules like those adopted at the TPP negotiations, Yamasaki said.

Despite his decision that the United States would withdraw from the Paris climate accord, the president's stance can change the fight against global warming, too, he said.

Perhaps it is because he comes from a business rather than a diplomatic background, but "President Trump dislikes systems" as a means of solving global issues, said Tadokoro. The president rather favors "one-shot deals" with the aim of exploring the best possible solution for the United States on each occasion, he said.

But, if the international community can make sure the president is aware that there may be a system that can be used by the United States, if so desired, such an opportunity must always be maintained, Tadokoro said. The G-7 framework also has a role to play to this end, he said.

Yamasaki stressed the importance for the world's major countries, including Japan, to draw President Trump into multilateral negotiations.

Tadokoro noted that attention should also be paid to the political atmosphere that has led to the series of global trends following the president's election.

There are elites who benefit from globalization, but many other people feel that they are being left behind, Tadokoro said. Ordinary people's feelings should be properly addressed, or populism as a political phenomenon is likely to gather strength in major democratic countries, he warned.

While noting that answers should be found for eliminating the various divisions in light of President Trump's nationalist economic view, Jitsu proposed focusing on issues that are of concern to the president but are unlikely to be solved by the United States alone, for instance, a better international taxation system as a means of keeping American businesses from moving out of the United States.

International norms, notably freedom, democracy, the rule of law and free trade, have been maintained based on the belief that they have common values, but many people have come to doubt this, said Genron President Kudo. In presenting this point, he asked, "To whom is the message by the G-7 leaders addressed?"

The latest G-7 summit can be characterized as an occasion where something like a "citizens' declaration" emerged, Yamasaki said. The communique issued in Sicily was much shorter than usual, he said.

He recalled his experience at G-7 summits in which he took part as a Japanese government official, including work on the wording of the communique.

The communiques issued at the meetings tended to be lengthy and self-satisfying to government officials who took part in the documentation work because these people often stick to the needs of their respective countries, according to Yamasaki.

Such communiques are of little importance to not just ordinary people but also to the media, he said. The communique prepared this time by Italy, the chair of the meeting, took up the global divisions as a factor behind populism and as fallout from globalization, Yamazaki said.

The latest communique contained many global issues to which Japanese people pay little attention, Tadokoro said. The meeting provided a good opportunity for Japanese to study more closely the issues facing the world, he said.

The fact that the G-7 leaders' meeting was held in Sicily obviously reflects the increased awareness about the fate of refugees and other displace people, Tadokoro said.

Noting that the problem of refugees and immigrants is seen as a major political issue for G-7 countries other than Japan, he said that "Japanese should take the occasion for ourselves to understand the different views of fellow G-7 members on such issue."

The latest G-7 meeting tried to focus on new challenges, notably the fallout from globalization and ordinary people's views, Jitsu said. No solutions to these challenges were presented, but the need to look at the global challenges from the point of view of ordinary people was recognized in Sicily. This may be seen as a positive result of President Trump's presence, Jitsu said.