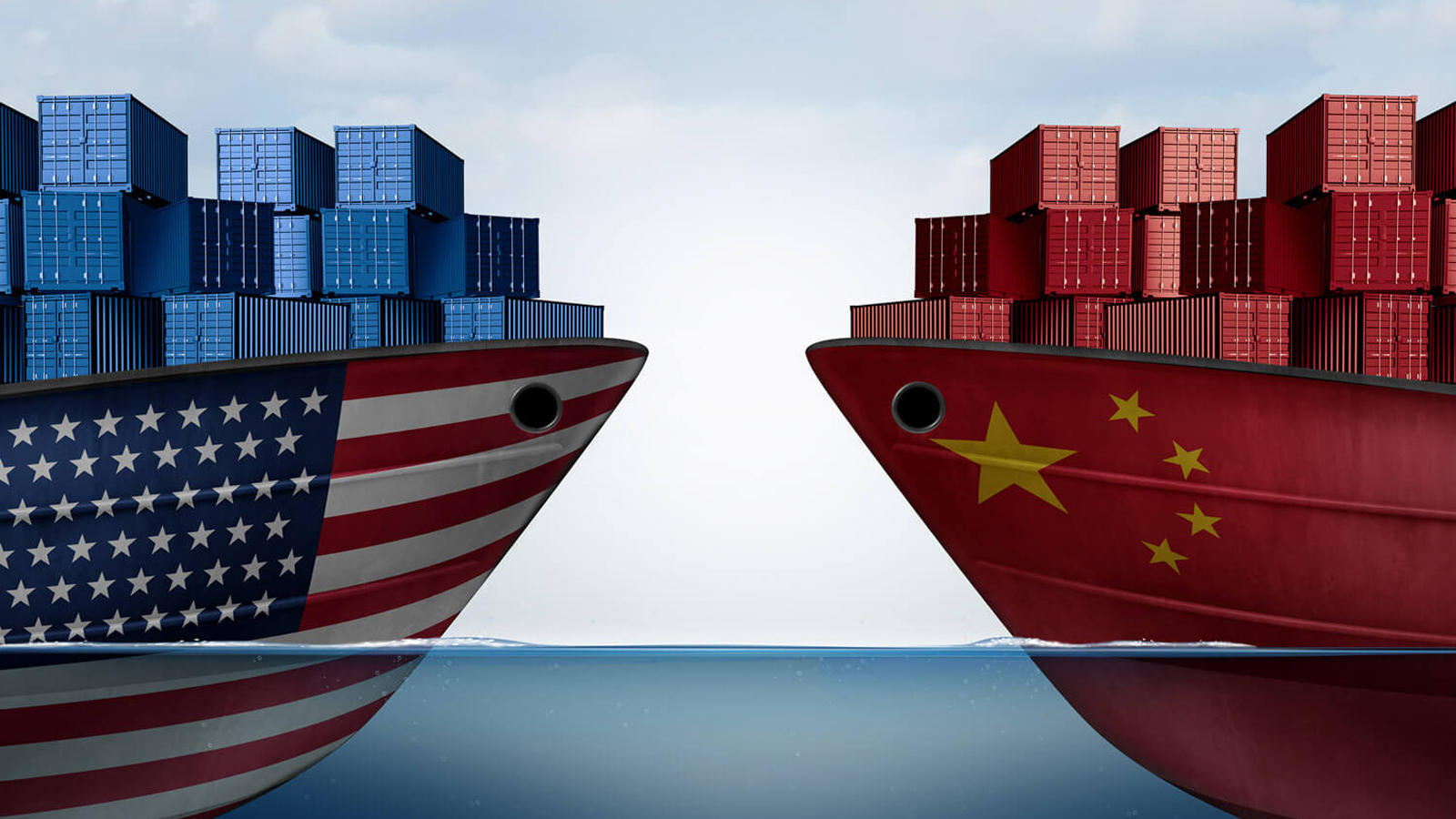 Six Japanese opinion leaders took part in the third and last session of the public policy debate series, held Feb. 28, as a pre-forum for the March 3 Tokyo Conference 2019, to exchange views on the future of the deepening conflict between the U.S. and China and Japan's position on the issue .

In opening the session, Genron NPO President Yasushi Kudo presented the impressions he had gathered through discussions with lawmakers, commercial and security specialists, and other connected to Congress during visits to Washington, D.C., and other cities. He explaining that the harsher U.S. position toward China has not come only from President Donald Trump's interest in trade imbalances and other issues. A harsh atmosphere can be felt among members of Congress from both parties, and among industry leaders, he said, adding, "Many people are thinking that it will be difficult to incorporate China into the rules-based order,"

As organizer and moderator of the debate session, Kudo asked each participant to provide their opinion of the nature of the U.S.-China conflict.

Former Ambassador to China Yuji Miyamoto described the current U.S. reaction as a "natural" one. "The U.S. hegemony has lasted for 70 years since the end of World War II, and for the first time, there is a country with the power to challenge that status quo."

Miyamoto thinks the U.S. is in serious crisis, and it stands to lose if it lags behind China technologically.

"That might be why the U.S. taking up the challenge of trying to hold China in check," he suggested. He noted that while he thinks "China is trying to catch up to the U.S.," he is unknown if China is trying to build its own hegemony.

"China is a tougher challenge for the U.S. than Germany was before World War II or the Soviet Union was after the war," he said. China hopes to be on equal footing with the U.S. by the mid-21st century, and is continuously adjusting its path forward in the world as it figures out what it can and cannot do. While some are saying that the U.S. can no longer keep China in check, Iokibe believes a concerted effort is needed because liberal democracy cannot be allowed to fail. 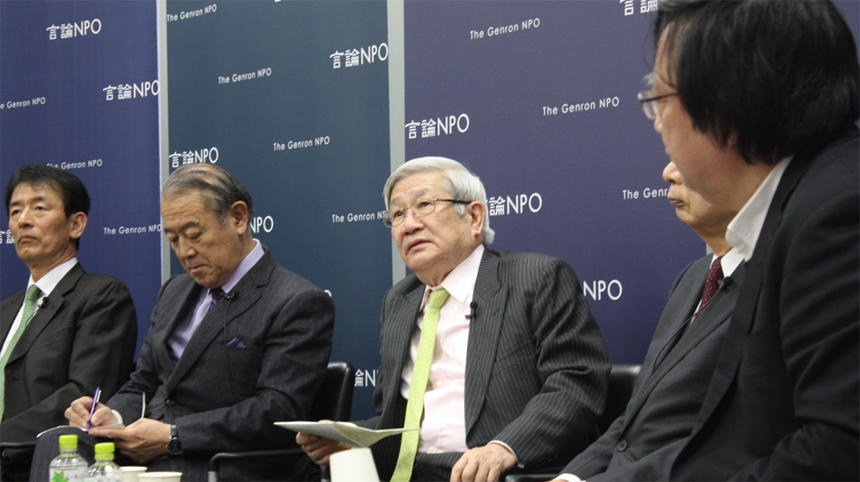 Ichiro Fujisaki, Japan's former ambassador to the U.S., said, "I think the trade issues will be resolved with some considerable concessions by China, but the technological conflict will remain."

Fujisaki believes that showing a kinder attitude toward China would be a fatal error for candidates in the run-up to the 2020 U.S. presidential election, but, "even if a new administration is elected and a policy reset becomes possible, the U.S. will likely continue to present a united front as it faces off against China."

Tatsuo Yamazaki, a former Japanese Vice Minister of Finance for International Affairs, described the ultimate result of China's entry into the World Trade Organization (WTO) in 1972 as a "betrayal." U.S. Vice President Michael Pence's gave a speech in October 2018 during which he called out the Chinese government for being behind added tariffs, currency manipulation, and intellectual property theft, and for Yamazaki, that speech points to the heart of the U.S.-China conflict. "However, that mindset is not shared by the Trump administration as a whole," he noted.

Former Administrative Vice-Minister of Defense Matsunori Nishi said, "China has spent many years cultivating its own world view, and it is completely incompatible with the international legal order built by the West. The West has been under the impression that China will eventually be convinced to come to its way of thinking, but China has no intention of doing so, and continues to take advantage of the free ride being offered. Once the U.S. realized this, the U.S.-China conflict became inevitable."

"Even if the U.S. makes concessions, the result will be the same if China is unwilling to change its own principles," he added. "The situation can only become worse, but I don't think China has any intention of changing its principles or its view of the world, and I honestly have no idea how long it will take to resolve this."

Chief Economist Yusuke Miura of Mizuho Research Institute, who specializes in Chinese economics, offered a counterpoint, saying, "Globalization is partly behind China's rise, so they are unable to ignore the rest of the world."

Miura added that the issue is more complex than previously discussed, as the development of supply chains and manufacturing industries are connected to increased national security. There are also many other issues that are related to China's own system, including technology transfer, intellectual property rights, and state subsidies.

At this point, Genron NPO's Kudo noted that intensified conflict will increase the risk to the global economy, and asked the panelists their opinions on whether they can see a path to a future compromise, or if they think a divided world is inevitable.

Miura believes that China will not change its current system, though it is doing what it can do while still maintaining its right to develop itself. He is, however, hopeful. "Even if China is unwilling to change its system, the Communist Party leadership is made up of elderly politicians, and I think the global perspective is something that younger people can understand," he explained. "By the point those young people replace those in power now, it will be possible to rethink the system in place."

Yamazaki described how China developed its industries primarily through state-owned companies, but, "for the biggest global economies, it is unfair to have a state nurturing its own economy through subsidies and other means when operating under the rules of free capital. This is where the problem lies."

Like Nishi before him, Miyamoto expressed some puzzlement about what China's ideology and worldview actually are, but he also touched upon China's potential for change, suggesting that revolution will likely come from within. He referred to the aforementioned speech made by Vice-President Pence, pointing out the U.S. seems willing to accept China if it returns to its policy of reform, and respects freedom and political rights.

"The U.S. is not necessarily renouncing Communist Party rule itself," he said, suggesting that the door for China to join the western system is being left open.

For Kudo's final question, he asked the participants to describe the position they think Japan should take.

Miura emphasized that the existing rules are severely distorted and Japan should work to bring China into the discussions on how to fix it. Yamazaki's suggestion was similar, in that he argued that with the U.S. currently turning away from multilateral rule-making, this is an opportunity for Japan to take the lead in guiding the process. The goal, to Yamazaki, should be to convince China a multilateral framework will be more beneficial than bilateral negotiations with the U.S.

Nishi noted that the problem lies in how sanctions will be handled if China does not join the discussion on rules-making, and Fujisaki reflected that even if China is asked to abide by international rules, it will be difficult to convince them to do so with the U.S. currently neglecting the rules it helped create.

At the same time, it will difficult for the U.S. to radically rethink the rules in the current circumstances, he said. Therefore, he warned, Japan "should take its time as it tries to find a solution."

Iokibe pointed out that the worst-case scenario for Japan would be if the U.S.-China conflict developed into a full-blown war, and suggested that Japan could play a role similar to that played by the United Kingdom when the post-war order was being envisioned at the conclusion of World War II.

The stability of the Abe government is highly regarded worldwide, he suggested, and Japan should use that strength to actively take on a coordinating role.

Miyamoto stated that many economists agree that without drastic economic structural reform China faces a bleak future, and suggested that the WTO and other international organizations are making proposals for Chinese reform based upon that belief. At the same time, he noted that many people within China are making the same observation, and, reiterating his expectation that change in China will likely come from within, said that the power required for such a transformation may lie with those individuals.

Kudo shared his belief that the world has an opportunity to create a new, updated version of the liberal order, and stated that he eagerly awaited the Tokyo Forum 2019, expressing his hope that it could provide the plan needed for such a renewal. With that, Kudo brought the discussion, and subsequently the three-session pre-forum, to an end.