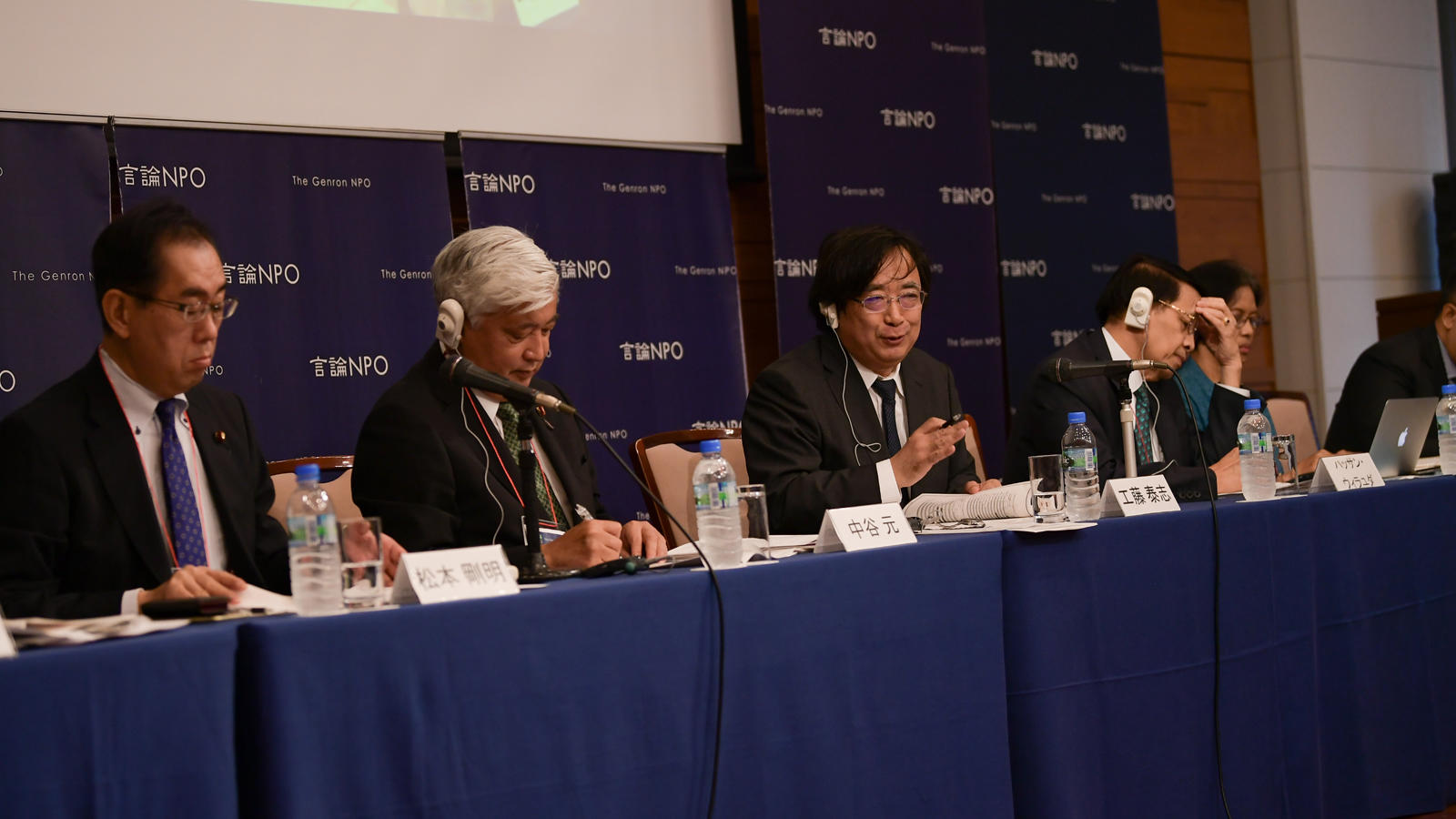 Democracy is facing difficulties globally and Asia is no exception, but with no better alternative as a legitimate form of government, we must make continual efforts to strengthen this fragile system that is still in the process of developing, experts from Japan and other Asian countries said during the 3rd Asia Opinion Leaders Dialogue held in Tokyo.

To kick off the open session of the forum, Yasushi Kudo, president of The Genron NPO, introduced the results of a survey on democracy conducted in five Asian nations, including Japan. The responses indicate that democracy as a system is being questioned in Asia as well. The Japanese in particular were extremely pessimistic about the direction of their country, with nearly 50 percent of those surveyed saying they were worried about the future of Japan, and with only a mere 20 percent having high hopes that politics will resolve the problems facing the country.

Among the reasons for the respondents' bleak outlook on the future of their country were responses such as: "Winning elections has become an end in itself and politics is not trying to seriously tackle the issues facing society" (46.7 percent); and "breaking promises made during an election has become the norm among political parties, and they are not making the effort to connect to people, as seen in the way the politicians never bother to explain why they cannot keep their promises" (39.5 percent). Kudo also noted that while over 40 percent of the Japanese responded that democracy was the best form of government, a surprising 20 percent said other forms of governance remain an option.

A common response from respondents of all countries was an overall distrust of political parties, government and media, in contrast to confidence expressed toward organizations that have the capacity to act, such as the law, the military and police forces. "Democracy is such a commonplace system, but continuous effort must be made to protect it from falling apart," Kudo said.

Sentiment toward democracy is changing in East Asia

Hassan Wirajuda, a former Indonesian foreign minister, said countries where democracy has not taken root firmly yet need to pursue rule by democracy. But the global rise in populism, which is an expression of the people's anger toward the establishment, is a reflection of how democracy is failing them, Wirajuda said. Ibrahim Suffian, program director and co-founder of the Merdeka Center in Malaysia, added that all Asian countries that have adopted democracy face the same issue, where sentiment toward democracy is changing, as seen in how liberal democracy appears to be repressed in the social media while people that support authoritarian ideas take advantage of this new technology to voice their views.

Meanwhile in India, Pallavi Aiyar, an award winning journalist said while nearly 60 percent of Indians surveyed are positive about democracy, 45 percent do not think it is necessarily the best solution, and rather seek a politician and leader who is strong and able to actually implement policies.

In Japan, ruling Liberal Democratic Party Lower House member of the Diet Ichiro Aisawa said while he understands that the Japanese people are generally disappointed with politics in the country, they also need to understand that democracy takes time to take effect and one needs to learn to compromise to make things work in this system. Aisawa, however, acknowledged that there is a "divide" between the Japanese people and what takes place in the Diet, Japan's parliament, and that politicians must sincerely address a lack of political leadership in the country. 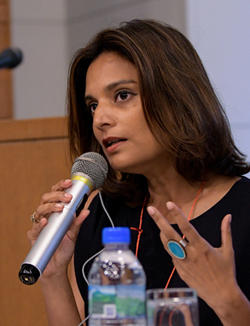 Hiroe Makiyama, a Upper House Diet member from the opposition Democratic Party of Japan, said while the Japanese tend to shy away from discussing politics, that did not necessarily mean they are uninterested compared to international standards. Politicians need to conduct debate on a wide range of topics and use all available channels to convey their thoughts in a manner that the general public understands as well as be willing to receive feedback from the people.

Media's views why they are distrusted by the general public

Hiroshi Komatsu, editor-in-chief of Japan's Mainichi Shimbun newspaper, noted how the media tend to emphasize immediate particulars like Diet schedules and party personnel despite claiming that the process of political debate is important, consequently obscuring the truly important issues in politics, and causing public distrust and discontent toward the media to build up.

In Indonesia, Ati Nurbaiti Hadimadja, a senior editor at The Jakarta Post, said public trust in local media is low particularly after the media failed to report fairly the 2014 presidential election. Furthermore, public trust in religious organizations is much higher, which indicates how fragile democracy in Indonesia is.

Asked what the fundamental problem facing Asia is, Koichi Kawamura, an associate senior research fellow of the Institute of Developing Economies, said that the entire region was undergoing change. More specifically, South Korea saw its president being impeached, Thailand became a military government, the Philippines is in a quandary over the rule of law, the Rohingya persecution in Myanmar is making headlines around the globe and radical Islam is gaining ground in Indonesia. Kawamura said that there are moves to create divisions between people by using race, religion and disparities to create discontent toward party politics. Those who feel they have been betrayed by politics and distrust the media are using social media to seek in democracy a strong leader who would ironically destroy democracy, he said.

The fate of democracy

Ichiro Fujisaki, a former Japanese ambassador to the United States, said the problems of democracy and the problems of a free economy are different, and that while we need to examine the negative impact of a free economy, there is no phase of adjustment for discontent toward democracy, since discontent is in fact a characteristic of democracy. Voicing that discontent and consequently being able to change a government, and the very fact that such a change is possible, is important to democracy, Fujisaki said.

Former Japanese Ambassador to China Yuji Miyamoto added that democracy is always in the process of development. Democracy is about dealing with the incompleteness of human creation, and to single out the problem, discussing how to handle the issue, and applying them (Not sure what them refers to, solutions?) to policies and systems, are unavoidable aspects of democracy, Miyamoto said.

Read more:
⇒ Democracy needs constant work if it is to function effectively