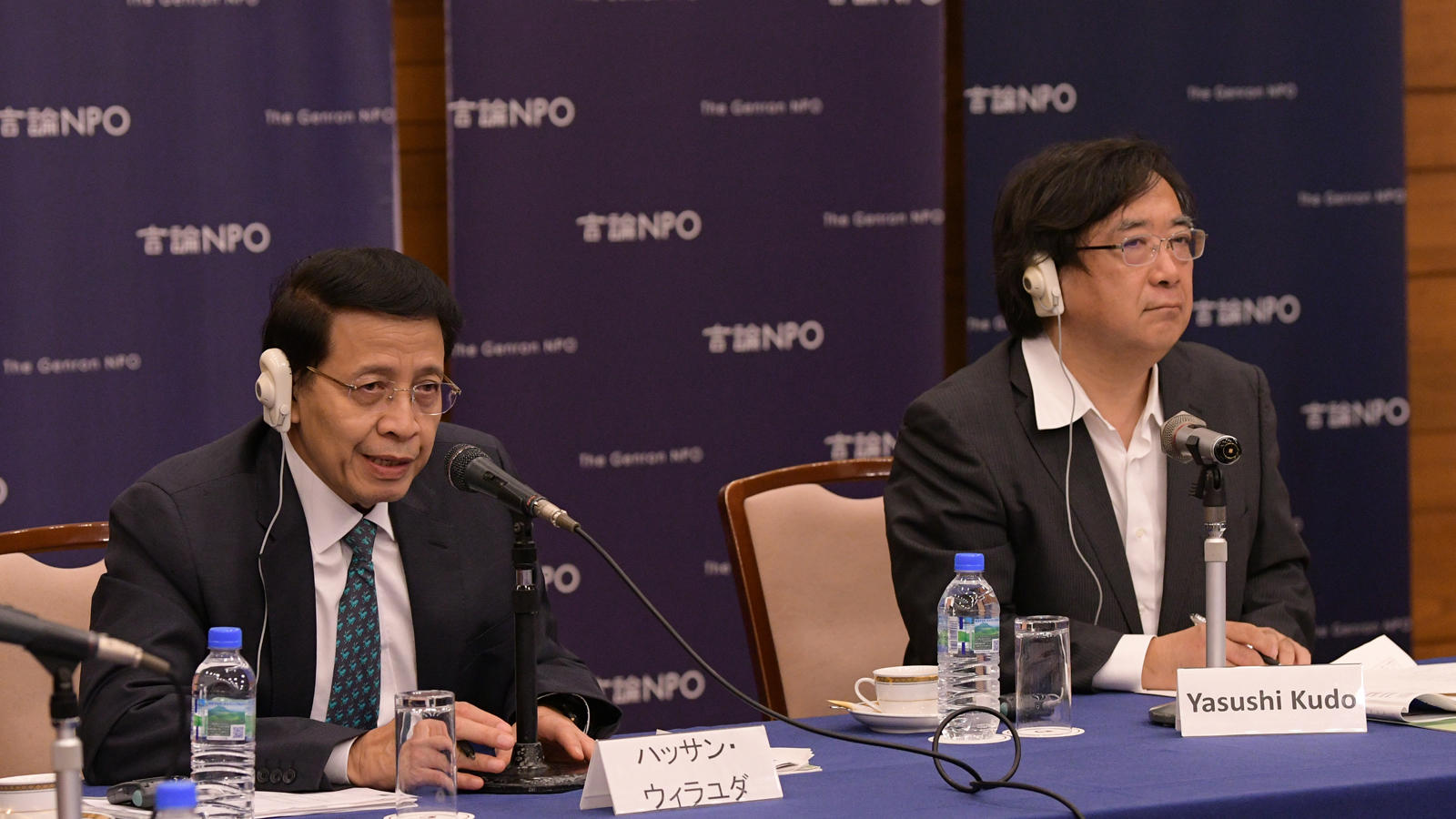 During the second open session of the 3rd Asia Opinion Leaders Dialogue held in Tokyo, experts discussed issues that need to be addressed if democracy is to function effectively in Asia. To kick off the forum discussion, Genron NPO President Yasushi Kudo asked participating politicians whether political parties were becoming dysfunctional, given their inability to resolve problems, and whether that was the reason why many feel that democracy is not working.

The role of the media in sustaining democracy

In response, former Japanese Foreign Minister Takeaki Matsumoto countered that the media tends to focus on areas that are not showing progress, and there are issues that politics has managed to address and achieve results, such as improvements for the past 10 years in Japan's social security reforms. Former Japanese Defense Minister Gen Nakatani concurred, saying it was problematic that the media tends to become biased when reporting.

Hiroshi Komatsu, editor-in-chief of Japan's Mainichi Shimbun newspaper, explained the rising significance of the social media, with many politicians who are dissatisfied with the established media turning to social media and other direct forms of communication to express their views. But social media provides a "closed forum" of like-minded people that creates a "closed world," and that in turn forms a "divide" within a democratic society, Komatsu argued. "If the media is contributing to creating such a situation, we should work to remedy that. It shouldn't be all criticism or all inconsequential "fluff." Instead what is needed is a platform where partisanship is watered down and where a debate that is focused on solving significant problems can be conducted. That should be the role of established media in the age of social media," he said.

State of democracy in Asia

Pallavi Aiyar described the situation in India, where society needed to address issues such as creating jobs and improving the economy particularly for the younger generation. If politics fails to address these issues affecting the generation that is supposed to support the future of democracy in the country, democracy would likely face a major challenge in India, the journalist said.

Ibrahim Suffian, program director and co-founder of the Merdeka Center in Malaysia, said political parties in his country try to win the support and trust of people by concentrating on answering their needs, such as employment and infrastructure. He added, however, that further efforts are being made to improve the quality of democracy, such as by improving accountability and transparency.

Former Indonesian Foreign Minister Hassan Wirajuda said Indonesian political parties continue to be prone to money politics, but that voters have matured in that politicians who have actually managed to show concrete results such as in infrastructure, welfare and education are more likely to be re-elected. This ability of the voters to make sound judgments is what will help democracy and political parties grow, Wirajuda said.

Jun Honma, a professor at the College of International Relations of Ritsumeikan University who has studied politics in different Asian nations, said the characteristics of political parties have changed drastically in the region along with changes in their countries' electoral systems. In Indonesia and the Philippines in particular, political parties are becoming mere fronts since how many benefits a politician can funnel to their electorate is more important than political beliefs or platforms. In order to address this problem, it is necessary to reform electoral systems so that they are centered around political parties, Honma says.

Honma also noted that countries with diverse ethnic groups and religions tend to create political parties based on their identity, making it difficult for parties to address nationwide issues as they tend to focus on the interests of their community, a phenomenon that may be difficult for the Japanese to understand.

How should the media address fake news?

In regards to the problem of so-called "fake news" that could undermine the very existence of democracy, the Mainichi Shimbun's Komatsu said while it is impossible to verify everything, the media must take the utmost caution to avoid publishing false news. "Journalists used to avoid indirect information and always sought a primary source for their stories. We must regain the trust of our readers through such basic efforts," Komatsu said.

Ati Nurbaiti Hadimadja, a senior editor at The Jakarta Post in Indonesia, concurred, saying the media needs to verify facts as much as possible for particularly important topics. The role of today's media is to make choices and offer its audience what it believes to be truly important news, he said. While we see more instances of the established media using social media, Hadimadja said that was not enough and the established media needs to create a platform that allows for the presentation of diverse discussions on a wide range of topics.

Role of experts and regional collaboration key to sustaining democracy

Asked what was necessary to make democracy function, Hiroe Makiyama from the Democratic Party of Japan suggested creating more opportunities aside from elections for people to express their opinions.

Ichiro Fujisaki, a former Japanese ambassador to the United States, said efforts to shrink the gap between political parties and people such as by having parties seek ideas from the general public, and for the media to report on more diverse opinions such as by using a wider variety of columnists, were ways to address some issues viewed to be the causes of weakening democracies.

Wirajuda from Indonesia, who in the past also chaired the Bali Democracy Forum, which addresses how to promote and sustain democracy in the Asian region, said unlike 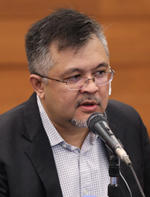 advanced Western nations that spent a lot of time establishing a liberal political system, Asia had to adopt democracy while simultaneously working on other difficult nation-building tasks, such as economic development and the establishment of the rule of law. In order to overcome such difficulties, Asian nations should collaborate with each other and share their successes so they can learn from each other, and improve democracy in their respective countries.

In closing, Genron NPO President Kudo said that while each country has its own democratic system in place, there is a need to constantly maintain the system for it to function properly or negative opinion about the system will start to build up.