The Genron NPO ― a non-profit, nonpartisan think tank
independent from government and any interest

In this manner, The Genron NPO makes its self-evaluation results and outside evaluation openly available to the general public. Making such information public indicates that The Genron NPO adopts a system in which the citizens ultimately decide whether its activities are in the public interest.

The Genron NPO's Self Evaluation

Our activities between April 2016 and March 2017 has passed all categories.


How Our Self-Evaluations are Conducted: 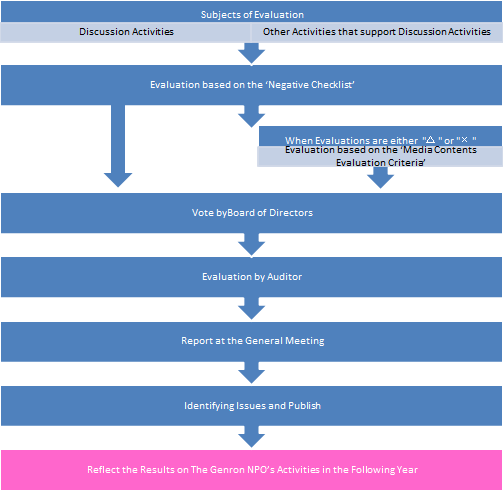